Lake Merritt has become a battleground for newcomers against newcomers.
Most of these people mad at “newcomers” are also newcomers themselves! Yet they pretend to have more right to takeover Oakland if they are not white.
They clearly do not understand the way of the lake and how it used to be, yet need to find a reason to be mad at someone else.

Recently there was an incident where a resident of Oakland(who was white) called the police because a loud drum troop was banging away into the night after 9pm on Lakeshore Ave at the top of the lake near all of the apartment buildings.

It shouldn’t matter that he was white, but that is the entire focus of all the articles out there. All that matters is he is a resident of Oakland. Lake Merritt is not far off into the woods like a typical lake. Hell, it’s not even a lake. It is right in the middle of a lot of residential apartments. While I myself have never been lucky enough to live on the lake, my ex girlfriend did, right next door to the Cleavland Cascade. You’ve surely seen her building a thousand times because it is a prominent one on the Lakeshore skyline. View from balcony below. Bottom line, when it’s loud on the lake, it was loud in her entire apartment building. This was never a thing until recently. No one used to use the lake. 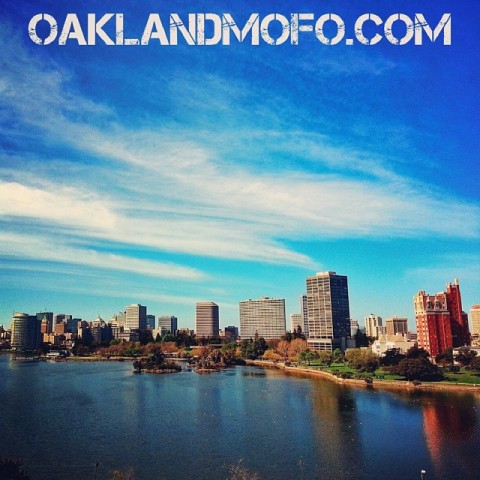 What’s going on? Who’s mad at who?
Swarms of transplants claim that “gentrification” is the reason you can’t annoy your neighbors anymore. Well the fact of the matter is, you never could. What is going on at the lake now is a recent anomaly brought to you by none other than transplants such as this complainer, who’s Facebook says he is from another city, making him himself a gentrifier, like those he’s mad at. Don’t even bother reading those comments, they are pretty racist. These are the people who cause more problems in Oakland. Play by the rules and stop pointing fingers. It is not a race thing, it is a rules and respect for your neighbors thing. Remember that.

As for this “new sign”. Rules have always been posted around the lake and who knows why the sign was missing to begin with, but you can see they’ve been meaning to replace it for a long time. And the sign does exist in other areas of the lake. Most of these people have probably never even walked the full 3.1 miles of the lake. They just started invading the Lakeshore grass side(years after the construction improvements I might add).

If you even knew the Lake you wouldn’t be hanging out up top at Lakeside Park where you’re clearly going to annoy neighbors and be more visible to police. You would go to the inner lake by the boating house or Bonsai Gardens where there is a ton of open space, a beach, a gazebo, benches and picnic tables to hang out at. If you were there, no one would ever hear you. Be considerate you attention hungry punks. You only sit up top because you care more about being seen than your ritual of hitting a drum. The East Bay Bike Party has ended their route on the inner lake many times and we’ve partied drinking in the park with sound systems and dancing well after 3am and no one ever even knew. Use your heads. Stupid transplants.
Note: Not all transplants are stupid. Just the ones that come here and then complain as if they have seniority over others because of racial happenstance. How ironic.

Since you newcomers are complaining about the “New Oakland” and the “New Lake Merritt”, I figured I would let you know what is used to be like, before you took it over. Before people moved to Oakland, the lake was mostly a quiet dead zone. In fact it had droves of homeless people living under an overpass, a tent city if you will. It wasn’t a weekend hotspot for transplants to party, bbq, smash drums, drink, leave trash and coals behind and go home after dark. If you think something has changed because Oakland is now forced to enforce existing laws because transplants are breaking them, then you’re just not from here. You would know what the lake was before gentrification and transplants and you would respect the neighbors who have mostly been here longer than you. I’d say before the transplant takeover of the lake, it was mostly used by the local residents of these surrounding apartment buildings for jogging and to take their kids to the park by the bird sanctuary and at the top where the UFO used to be. Yeah, see, you don’t even know what I’m talking about.
And the only music you ever heard at Lake Merritt was didgeridoo man and only recently saxophone man and bagpipe guy. Both low key and not invasive to neighbors. Get over yourselves, go elsewhere. Try Middle Harbor Park. If you’ve ever even heard of it.

I miss the days of walking the lake in the sunshine, listening to music(mp3 player) and relaxing wherever. Lake Merritt has become a madhouse of bbq’ing everywhere, littering, blasting music, drum banging, tight rope walking, fire spinning, etc. Who are all of these people and where did they come from? Why are these people mad at the local residents when they themselves just showed up out of nowhere and took over? Go home invaders. Or play by the rules and respect the neighbors. It’s simple.

And these barbecues are out of control! According to some it is the reason bird numbers are down. The sudden influx of bbq’s has scared the wildlife away because they think it is a wildfire.
Another problem with these pop up BBQ food trucks and all of the illegal bbq’s on the grass is that the smoke goes into all of the residents windows. It sucks when you can count on both Saturday and Sunday smelling like smoke all day in your apartment. Especially when you know it is illegal because it is residential zoning and surrounded by bird habitats yet the laws are still ignored by ignorant entitled fools thinking that “they are Oakland”. Go back to Frisco with that! Lake Merritt is NOT Dolores Park and it never has been. It all started with a few hipsters on hipster hill and it spread like a transplant invasion across the whole lake. But now the new “cultured transplants” are blaming “hipsters” for ruining Oakland when hipsters are the ones who popped the lake off in the first place. Oh how backwards these complainers are.

Bottom line is, these are the rules, follow them and respect your neighbor.
Welcome to Oakland bitches.

Dogs must be on a leash
Bicycles must stay in bike lanes
Groups of 25 or more require a permit
No Alcoholic beverages without a permit
No smoking within 25′ feet of children’s play equipment
No drug use
No fireworks
No amplified sound without a permit
No selling wares, food or services without a permit
No fires, barbecues or smoking outside of designated areas
No disorderly conduct, camping, vandalism or sleeping on park benches
No excessive or annoying noises
No gaming or obscene acts
No gambling
No obscenity or lewd conduct
No littering or dumping
No unauthorized vehicles in park
For reservation and park use information call (510) 238-3187

These rules suck!
But of course you can still sit on a bench under a tree, smoke a joint, eat a burrito, strum a guitar and drink a beer. No one is going to call the cops on you for peacefully hanging out. It’s when you become an annoyance to the neighborhood that you can expect a problem from existing residents and if you don’t understand that, then you don’t respect others and you think too highly of yourself.
Oakland is proud. Act like it.
Don’t act like entitled victims. 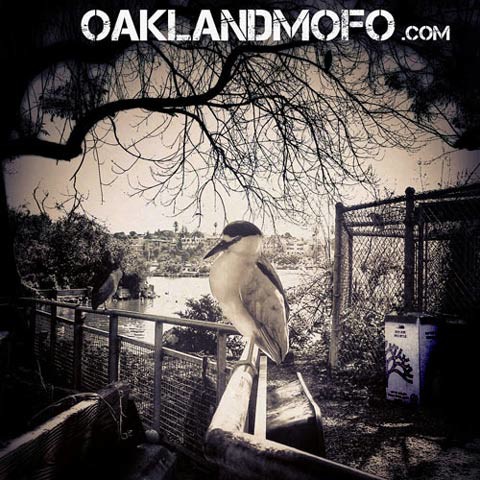 I will say the only time the lake has ever been popping before was Festival At The Lake and that got out of control fast and was never able to return. For obvious reasons.
I’m actually surprised Art & Soul has made it this long. Oakland has a history of messing things up. Even First Friday had a shooting / death.