I am a huge fan of the East Bay Bike Party(join group for invites to rides) and San Francisco Bike Party so I put together this little page to help promote it’s awesomeness.
The idea is a themed ride every month and people do dress up. We have done zombies, pirates, cowboys, super heroes, happy birthday, mustache ride, pajamas, monochrome, Waldo’s and so on.

A lot of people also put

awesome lights on their bikes.

Usually you have 3 or more bikes toting along slamming sound systems with awesome music such as Daft Punk, Pretty Lights, Jurassic 5, NWA, Gotye and much much more. Lots of good riding music and if you don’t like one system you can ride up ahead to the next. Every stop we make turns into a dance party with multiple sound systems and dance floors.

I like to bring my Blue LED Frisbee out when we stop in parks. I bought it for Burning Man many years ago and since I’ve been doing this a lot of people have bought LED Frisbees! I guess I started a trend.
Anyways Bike Party is always good times. We tend to end up at a park or a bar near BART and everyone is happy.

We have gone on rides through Oakland, Alameda, Piedmont, Berkeley, El Ceritto, San Leandro, Hayward, Castro Valley and more. However we have yet to go through the Caldecott Tunnel to that place that some consider East Bay. I call it San RaDublinTon CreekVille.

Along the way the rules include staying in the right lane, being courteous to all traffic, stopping at all red lights and of course rolling past conflict. This is nothing like the angry mob known as Critical Mass(which can still be fun). This is enjoyable and chill. It is not a race, we roll on through like a mobile party with organization, volunteers to direct the ride and fun and games at stops.

Protect Your Bike!
While this is a good vibe and an awesome group of people, it is a target for bike theft. Never leave your bike unlocked anywhere. And make sure you have a good bike lock.

This is the May 2012 Pajama Bike Party at the Port of Oakland. And as my homie says in the video “there is no club in the city(San Francisco) right now that’s cracking like that”. Truth!

This video was taken at the July 2011 Bike Party in the Dollar Tree parking lot on East 12th. OPD was just sitting by in amazement and letting us do our thing.

This video was taken at the first SF Bike Party on Embarcadero.

San Francisco Bike Party a top a hill with a view. 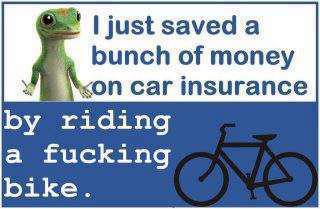