Reliable High-Speed Internet is important. As someone who has lived in Oakland all of my life, and not only subscribed to the biggest ISP’s in Oakland, but has also worked for the top ISP’s, I am going to show you your options and recommend the best internet provider in Oakland. These providers are also located throughout the East Bay and the rest of the San Francisco Bay Area.

Why though? I know you hate them and the name makes you cringe, but I assure they are your best option in Oakland. And trust me, I am no fan myself. I have worked for them for many years and been a customer of theirs for over 10 years. And now that I moved to a Cox Cable region, boy do I miss Comcrap.

7 reasons they are the best internet in Oakland

1. They are the cheapest high speed internet you can get. They almost always have a new customer special for $29.99 a month up to 60Mbps. Yes, it is a one-year agreement but when that year is up you’re going to be wishing you had more time. It is a great deal. Usually, you can call and threaten to cancel your service and get a new deal though.

2. They are the fastest for their money. At $30 for 60Mbps, you can’t go wrong. That’s only .50 cents per megabit. No other company comes close to this kind of deal and speed.

3. You can buy your own modem for Comcast and save $10 a month instead of paying a monthly modem rental fee. You really should have your own replacement modem and router. It will save you so much money over the long term and provide a more reliable internet service experience.

4. They were always the most reliable. I never had outages or had to reset my equipment. Mind you I did buy my own modem as stated. But the service was always up for 10 years. AT&T DSL dropped all of the time and was super slow compared to Comcast.

5. Comcast is all over Oakland, in every neighborhood. Unlike AT&T DSL where you are lucky if you can even get it.

6. You can activate your internet right away with a “self-install kit” or of course, bringing your own modem. No need to wait for a technician appointment.

7. Comcast is the best internet for gaming. With those kinds of speeds and reliability, you can’t beat it for gaming. If you are a gamer though, you already knew this and did not even look up this information so at this point I am talking to myself. 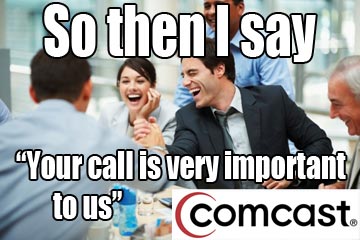 As for cons, sure customer service sucks. But do you think it is any better with AT&T? No way. I worked for those guys too in DSL Tech Support and assure you they are the worst. The thing is, Comcast is reliable anywhere in Oakland, and once you get it going, you don’t have to ever deal with customer service. Seriously, why call them? Are you some sort of masochist?

When setting up a new plan, be firm and assertive that you want INTERNET ONLY and tell the customer service agent you do not want to be bothered with other specials or packages. It is their job to attack you with these packages, not for commission as much as a boss is on the line listening and it is his job to meet performance goals so he can get bonuses. It is higher-ups forcing this on you. Not the sales rep. They hate doing it more than you hate hearing it.

One other con is they can only go up to 400Mbps, but there is no way you need more than that for your home.

Well, all I can say about DSL is just do not. And especially with AT&T. I worked in their Tier II DSL Tech Support out at Bishop Ranch in San Ramon for a few years, and they are far worse to work for than Comcast, who I also worked for out of Oakland, Hayward, San Francisco, and Richmond.

1. DSL is a crap technology and won’t stand the test of time. It uses old copper wires(telephone) to provide a much slower signal in almost all cases. It is spotty and has constant service interruptions from things like rain and flooding at Remote Terminals. Or equipment failures at Central Offices.

2. Because it is such a crappy old technology, buying your own equipment is almost impossible. Companies are just not making modems and routers for consumers to buy because it is not a profitable sector to invest in. They are all extremely outdated routers like Wireless N 300. This is laughable to anyone who knows about Networking.

3. Your speed performance is going to matter on how close you are to the CO(Central Office) or RT(Remote Terminal) and in many cases, you are not close because AT&T cuts corners.

5. Because DSL relies on copper telephone wires, you are dealing with whatever ancient lines are inside your home, and in many cases, they are deteriorating and send spotty signals for poor service. This is something you won’t know until you get it installed and find out the hard way after a technician waste hours spread out over multiple appointments with “4 hour windows”. With this information, you can take a guess at how old your janky Oakland building is and assume the copper wires in the walls could have segments of wire from the late 1800’s to the 1960’s.

The one pro with AT&T, is they offer Fiber 1Gbps speeds in very select areas. You can check here. It was never available when I tried, and I don’t think it is worth the cost when you can just get a nice cheap Comcast internet plan.

If you are just refusing to use Comcast in Oakland, you can always pay 4 times as much for really slow satellite internet service. I don’t know why you would do this, but you can, and it is not recommended. Viasat is if you like throwing money away for a slower internet. It literally has to beam its signal 22,000 miles into space and back. This is unacceptable if you are a gamer. They even say the performance is “very poor” on their website. Do NOT get this if you are a gamer. If you play video games on your internet, you must get Comcast; there’s no real way around it.

Another very poor alternative to Comcast Xfinity Internet would more slow DSL. Sonic, which as you can see, is likely not even available in your part of Oakland. And talk about frustration, I had to run that tool four times, and it did not work. So they may force you to call them. We’re off to a bad start here. But if it were working and available in your part of Oakland, it would start at $40 a month at its lowest. They don’t even reveal what speeds or other plans are available on their website. I would surely stay away from slow DSL at $40+ a month from a website with broken tools and a lack of information.

Formerly Edge Networks. No way, no how. Even if it were not so expensive and slow, it has a limit of 50GB per month. That is nothing. It also requires you to have a satellite dish installed with a mandatory view of the Southern sky. Friends don’t let friends subscribe to Earthlink.

With Oakland being the 8th largest city in California, fast, reliable internet is a must. And now you know, you may very much dislike Comcast, but they are the undisputed champions of Oakland internet providers. It just is what it is. You’re free to try the sub-par slower DSL, but they are worse when it comes to Customer Service. Remember, I worked for them both.

If you want to branch out and try the smaller lesser known weaker slower more expensive ISP’s, you’re free to try. But also keep in mind, just because they are not as well known, does not mean they are not huge corporations with the same problems in customer service departments. They charge a lot more for a lot less because they do not have the customer base.

The truth is, Comcast may be the only ISP that covers all of Oakland neighborhoods anyway, so you’re stuck with the better option. AT&T DSL has extensive coverage, but again, I highly advise against that unless you don’t use your internet much.