If you live in Oakland chances are you have visited Tacos Mi Rancho, the “taco truck by the Lake” some late evening after going to a local bar.
You probably swear by this truck and love it and go there often. Many newcomers would call it the “Best Taco Truck in Oakland”.

Well, I used to too. I can say that I have eaten way over a thousand steak burritos from Tacos Mi Rancho. I’ve lived 6 blocks away for over 10 years and went there even before I lived in this part of Oakland. Over the years there were periods when I ate there twice and even 3 times a day. I’m not kidding.

So I have seen the rise and fall of Tacos Mi Rancho. It has gone way downhill, the prices have gone way uphill and the lines are ridiculous now anyways. These days I’m seriously almost always grossed out when I get a burrito from there.

The burritos drip grease, the meat is often hard and full of gristle, and they skimp on good parts and go hard on rice and undercooked beans. It’s just all-around nasty. And the chicken burrito is like 15% pure oils of some sort. Eat that thing over a bowl and collect it all.

I’m baffled that people still say it’s quality. There are so many better options, but you have to drive into East Oakland a little.
Such as Tacos Sinaloa.

So much better! I am serious when I say the quality is better. The cheese and rice alone actually has flavor that Tacos Mi Rancho lost a long time ago. The al pastor burrito is the best, it is so mouth-watering.
Or try a chicken quesadilla, oh my damn. So good.
Tacos, yes please! They hook you up. But I do prefer burritos.
More fixings! They give you red or green salsa, jalapenos, carrots, radishes, and limes. You have to beg for this stuff at Tacos Mi Rancho. 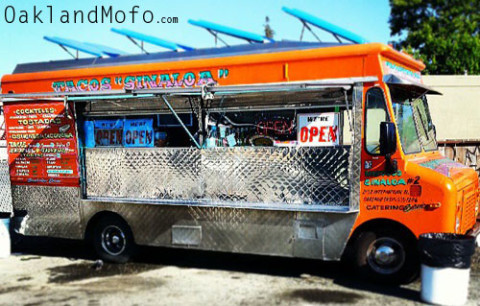 Yes it is about 8 more minutes down International Blvd, but isn’t your burrito worth it?

The only reason no one goes there is because the mass majority of people who go to Tacos Mi Rancho live in nicer parts of Oakland up and on the other side of Lake Merritt. So they never go down International Blvd or anywhere into East Oakland because they have no reason to. Here this amazing burrito truck not very far into East Oakland and it’s undiscovered by most of you.
Please go try it out! Do yourselves and them a favor.

They are also open late, pretty much the same hours as Tacos Mi Rancho.

Photo from my Metro PCS phone of Tacos Mi Rancho in like 2005 maybe? 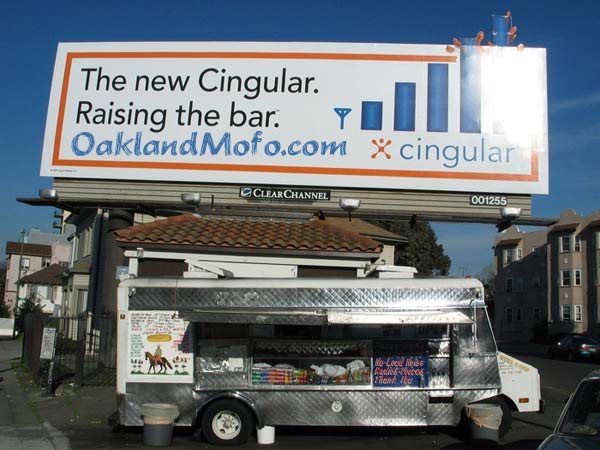